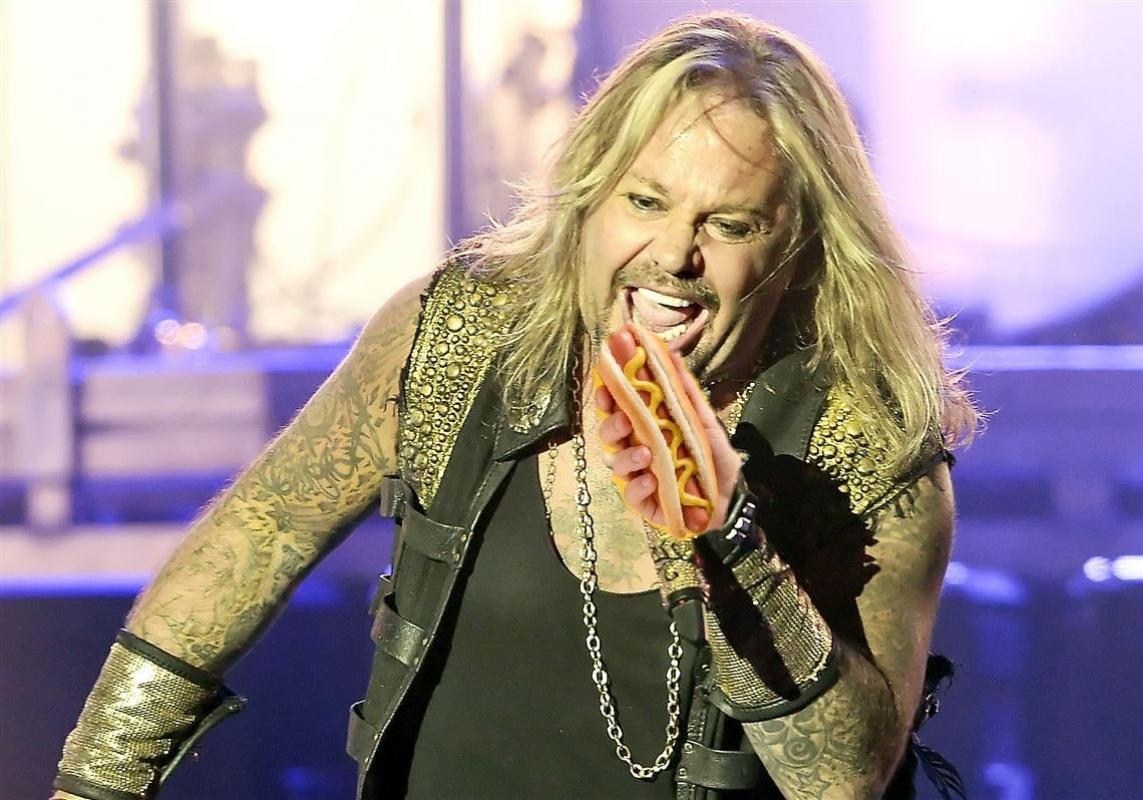 At a surprise warm up show in Los Angeles,  legendary rock band Motley Crue did a small club set to practice their upcoming dates with Def Leppard and Poison. During the song Wild Side lead singer Vince Neil spots a fan eating a hotdog in the crowd.. Witnesses say he motioned for the young teen to approach the stage. Then without warning he snached the overpriced snack away and began to stuff it down. Fans had mixed reactions..some claimed it was just unpredictable rock and roll from the Crue while others were repulsed by Neil spitting hit dog and burping for the next few songs.

The Beatles and John Lennon memorabilia to be auctioned as NFTs

Cardi B awarded nearly &#163;1 million in damages after winning defamation case against YouTuber

An actor who played the lead in the Broadway version of Harry Potter and the Cursed Child has been sacked from his role.

'I'm not going out like Mr Big': Another TV character falls victim to Peloton

Another TV character has suffered a heart attack at the hands of a Peloton bike - despite the exercise company not giving permission for it to be used.

Iconic French designer Manfred Thierry Mugler has died at the age of 73.

Classical musician Homayoun Sakhi was born in Kabul and plays the Rubab, the national instrument from Afghanistan.

Claims of bullying on The Apprentice are 'unsubstantiated', according to spokesperson

Claims of bullying on The Apprentice are "unsubstantiated", a spokesperson for the programme has said.

Two film fans are suing Universal Pictures, claiming they were duped into renting a film because their favourite actress was in the trailer, only to find she did not make the movie's final cut.