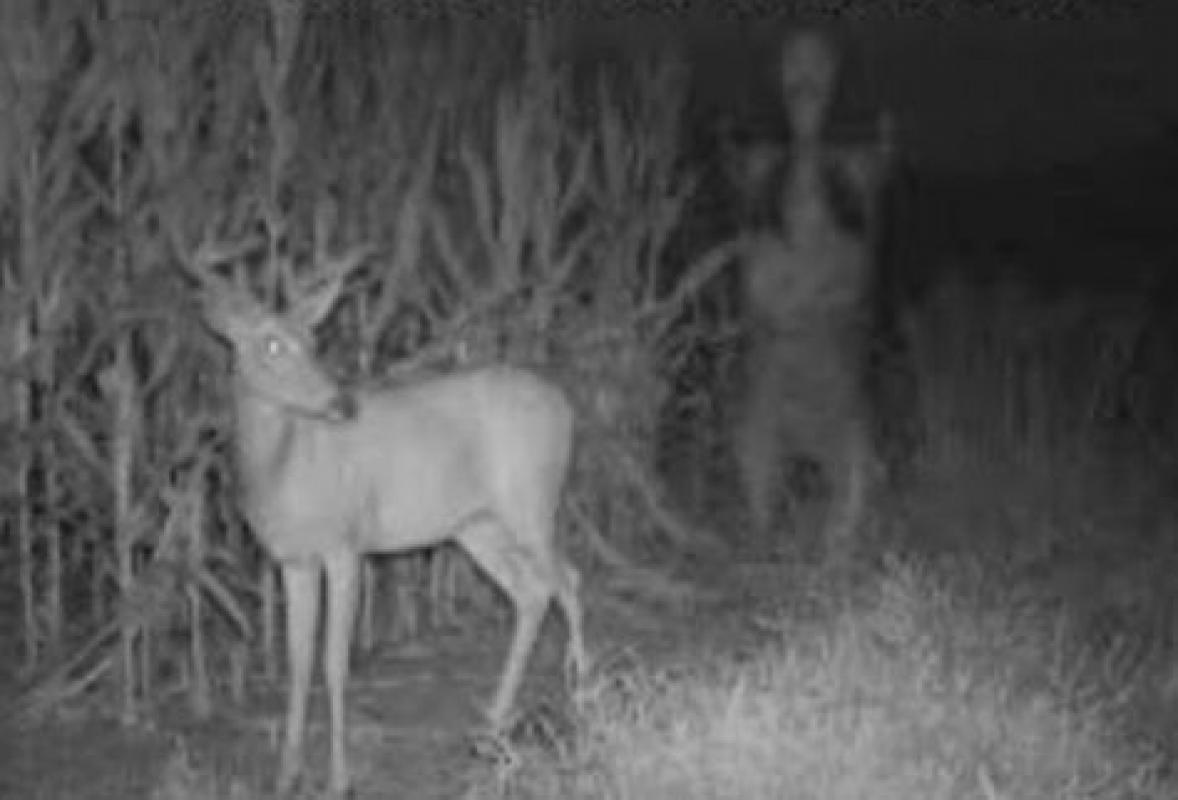 Chesnee resident suspects they may have found what is killing the horses and ponies.

Over the last couple of months, there have been reports in Chesnee SC of people's ponies and horses being found "partially eaten" and "torn apart". One person said they found one of their ponies on the other side of their fence with it's face eaten off. There was first suspicions of the attackers being a pack of wild boars, then there were rumours that it was dogs. Friday night a Chesnee man was doing his routine checking of his trail cam with his four year old little girl and he caught this image of an unknown creature. "My daughter loves to look at the trail cam, we often catch deer, bobcats, foxes, raccoons, turkeys, but today was shocking." He stated. "I couldn't believe what I was seeing, it's like it was there but I was waiting on myself to wake up, my daughter said "Daddy!! Monster!" and this time she was right."  The family chose to keep their identity anonymous to avoid being questioned and bombarded by other residents. We spoke with his girlfriend, who says she would like to warn the local public to not go outside at night without a flashlight and a weapon and to keep your children inside. There will be an ongoing investigation on the property. If you have any sightings of this creature please lock your doors and turn off your lights, call the police immediately. We are unsure of what this creature is capable of, how long it has been around, or what it's intentions are. We now have suspicions that this creature could have a role in the horse and pony killings. Stay aware of your surroundings, keep your animals and children indoors. We will have an update after the trail cam videos have been inspected by a professional video analysis team.